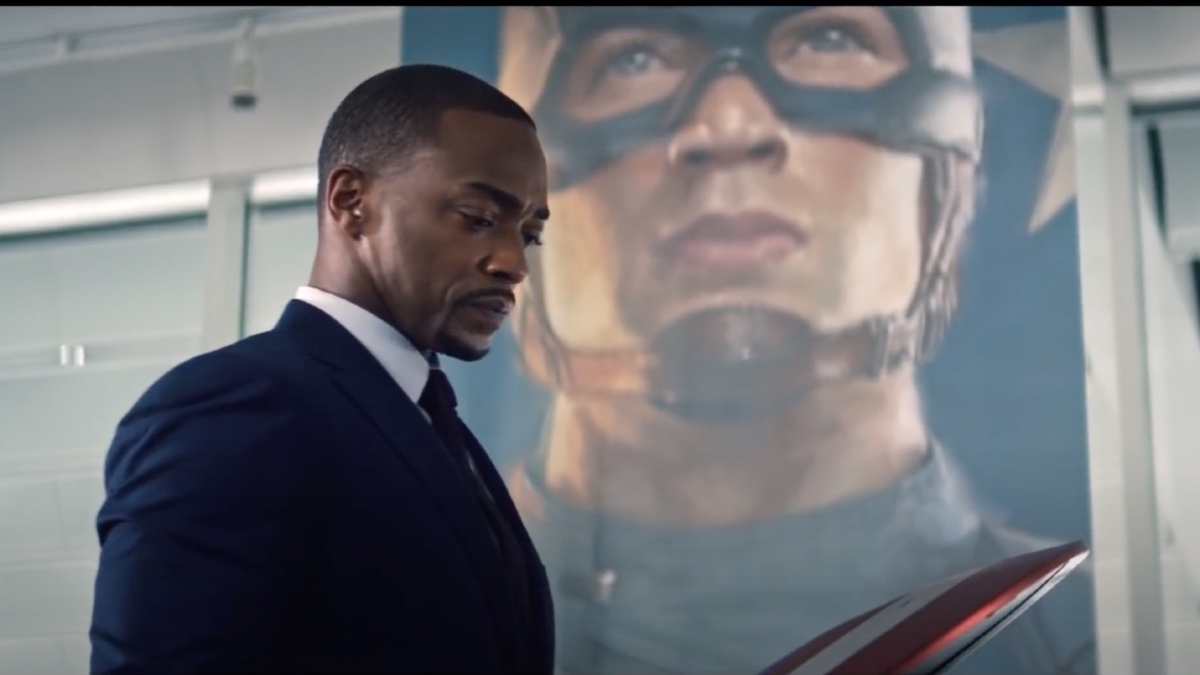 While Marvel fans (and the world at large) continue to be fixated on WandaVision, perhaps it’s time to concern ourselves with a post-Wanda world. The Disney+ series’ ninth and final episode will premiere this Friday and the show is, by all accounts, unlikely to receive a second season.

Thankfully, the TV landscape won’t be without Marvel content for long. March 12 sees the arrival of the behind-the-scenes documentary Assembled: The Making of WandaVision. Then the following Friday, March 19, is the premiere of the second Disney+ Marvel series: The Falcon and The Winter Soldier.

As those who can still remember a pre-2020 world know, The Falcon and The Winter Soldier was intended to be the first Marvel series on Disney+ before pandemic-related scheduling delays convinced Marvel to lead with WandaVision instead. Despite being in production for so long, we haven’t gotten many morsels of information from this Anthony Mackie and Sebastian Stan-starring series, beyond a couple of trailers and the toy reveal of Helmut Zemo’s comic-appropriate costume.

Thankfully a new feature about Mackie from Variety contains some fresh tidbits.

The most important news to address at the top is that The Falcon and The Winter Soldier is unlikely to get a second season. Mackie confirmed to Variety that there have been no discussions of a second season as of yet. This corroborates what Marvel Studios head Kevin Feige told reporters during Disney+’s Television Critics Association press tour appearance. Feige revealed that some Disney+ TV projects are designed for multiple season arcs and some are not. It would seem as though The Falcon and The Winter Soldier is destined for the latter camp, like WandaVision.

One other area that both Mackie and Feige seem eager to discuss is whether Mackie’s Sam Wilson a.k.a. The Falcon will indeed take up the mantle of Captain America. An aging Steve Rogers handed the iconic red, white, and blue vibranium shield over to Sam at the end of Avengers: Endgame, seemingly opening up a route for Sam to become Captain America like his character did in a brief comic run.

“I was really surprised and affected by the idea of possibly getting the shield and becoming Captain America. It took a long time for this shit to manifest itself the way it has, and I’m extremely happy about that,” Mackie told Variety.

In our brief first looks at the series, however, both Sam and Cap’s other friend Bucky Barnes a.k.a. The Winter Soldier seem to handle the shield interchangeably. Not only that but the U.S. government’s new supersoldier of choice appears to be John F. Walker (Wyatt Russell), as evidenced by his Captain America-esque costume. According to Feige, that question of succession may have opened up the door for this whole series

“Suddenly, what had been a classic passing of the torch from one hero to another at the end of Endgame became an opening up of our potential to tell an entire story about that. What does it really mean for somebody to step into those shoes, and not just somebody but a Black man in the present day?” Feige said.

Feige’s quote reveals that the nature of Captain America’s succession will undoubtedly play a major role in this series, but so too will racial identity in modern America. The Marvel Cinematic Universe is quite a ways away from our own universe at this point thanks to The Snap, a major time jump, and obviously all those costumed superpowered individuals running around. But it would seem that The Falcon and The Winter Soldier wants to dial things back a bit to present a reality that looks like more of our own.

Check out the rest of the interview for tidbits about Sam Wilson’s history and Mackie’s whirlwind career.

The Falcon and The Winter Soldier will premiere March 19 on Disney+.