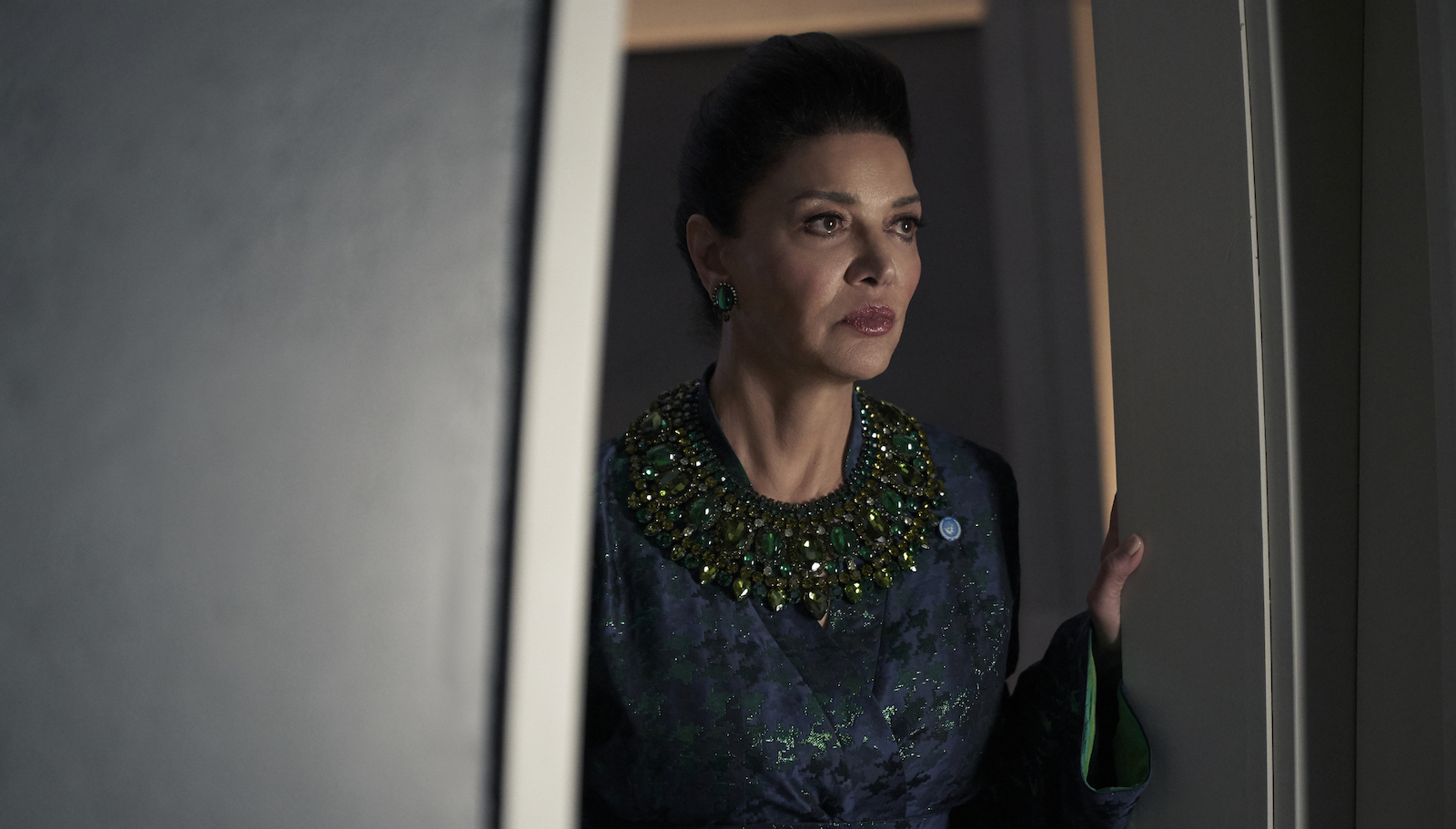 This The Expanse review contains spoilers.

The stories in The Expanse season 5 have run deep, pulling characters’ emotions and backstories forward, but has this plumbing of the depths been at the expense of driving action? As a full picture of the season begins to form, the high points are moments that reinforce the personalities, both strengths and flaws, of the characters involved. Even though “Winnipesaukee” contained a frantic firefight, for example, the emphasis was on the moral decisions that led up to it.

In fact, questionable morals are what pull Avasarala back into a position of power in this episode, and it’s exciting to consider what she might do in the finale as a result. Although it seemed at first that Pastor would be a competent leader, the discussion of hitting Ceres after Pallas was already destroyed with civilian loss of life made it clear that all Belters would be punished for Marco’s transgressions. Thank goodness some cabinet members had the sense to raise a vote of no confidence!

But The Expanse also allowed Avasarala a moment to mourn her husband at the makeshift digital memorial, which was just as important. Likewise, we needed to see Marco inform Filip that his mother was still alive, predictably characterizing her escape as yet another abandonment. Even Admiral Delgado’s lame Belter joke joins these small scenes as necessary motivations for whatever comes next in these characters’ lives.

The same is true for the secrets Oksana keeps from Drummer. Clearly she’s not just withholding information about Naomi because Karal commanded it; she thinks that if Drummer knew that Naomi was alive that she’d put them all at risk to rescue her. And she’s right! Oksana takes Drummer’s gun specifically because of the impulsive nature of her “bosmang kapawu.” Perhaps it’s not fair to ask Drummer if she loves her family on the Dewalt as much as she loves Naomi, but again, moral decisions have consequences; Oksana is just making sure Drummer realizes that.

That thematic idea is what upstages the action of Amos’ story arc as we see Clarissa reminding the Baltimore thugs of their moral obligation to save as many people as they can with the ship they’re stealing. She even tries to defuse the violence between the security team and Erich’s men despite the fact that the armed guards would likely return with reinforcements. Clarissa using her electrical repair skills as leverage for doing the right thing was just as important as the harried launch.

And don’t forget that The Expanse considered it necessary to have Amos reassure the young woman from Baltimore that she would be able to start a new life despite having never known anything other than her struggle to survive in a crime-ridden city. Amos says, “I found my place,” telling her that no one from Baltimore really starts over because no one leaves anything behind. Giving her hope makes her death in the final moments of their escape more tragic, and it reminds the audience of what Amos has gained.

That being said, the escape from Winnipesaukee was tense and exciting, even with Clarissa’s berserker massacre happening off-screen (an odd choice). And Naomi carried the rest of the action with her continued attempts to aid her own rescue. However, unlike last week, we didn’t get a clear picture of what Naomi was up to in the end, making her mysterious actions less compelling and more confusing. How a frayed wire viewed from below results in a makeshift HUD, for example, is unclear.

We’re left to wonder how the water she was able to acquire from the maintenance area of the Chetzemoka will help her in The Expanse season 5 finale. While certainly an enticing puzzle, it’s not as powerful as the haunting message being played during the credits last week. As a result, all praise for this week’s episode must necessarily be given to its thematic strength in presenting each character with ethical choices that they must rise above. Whether that creates ample anticipation for a finale is another question altogether.