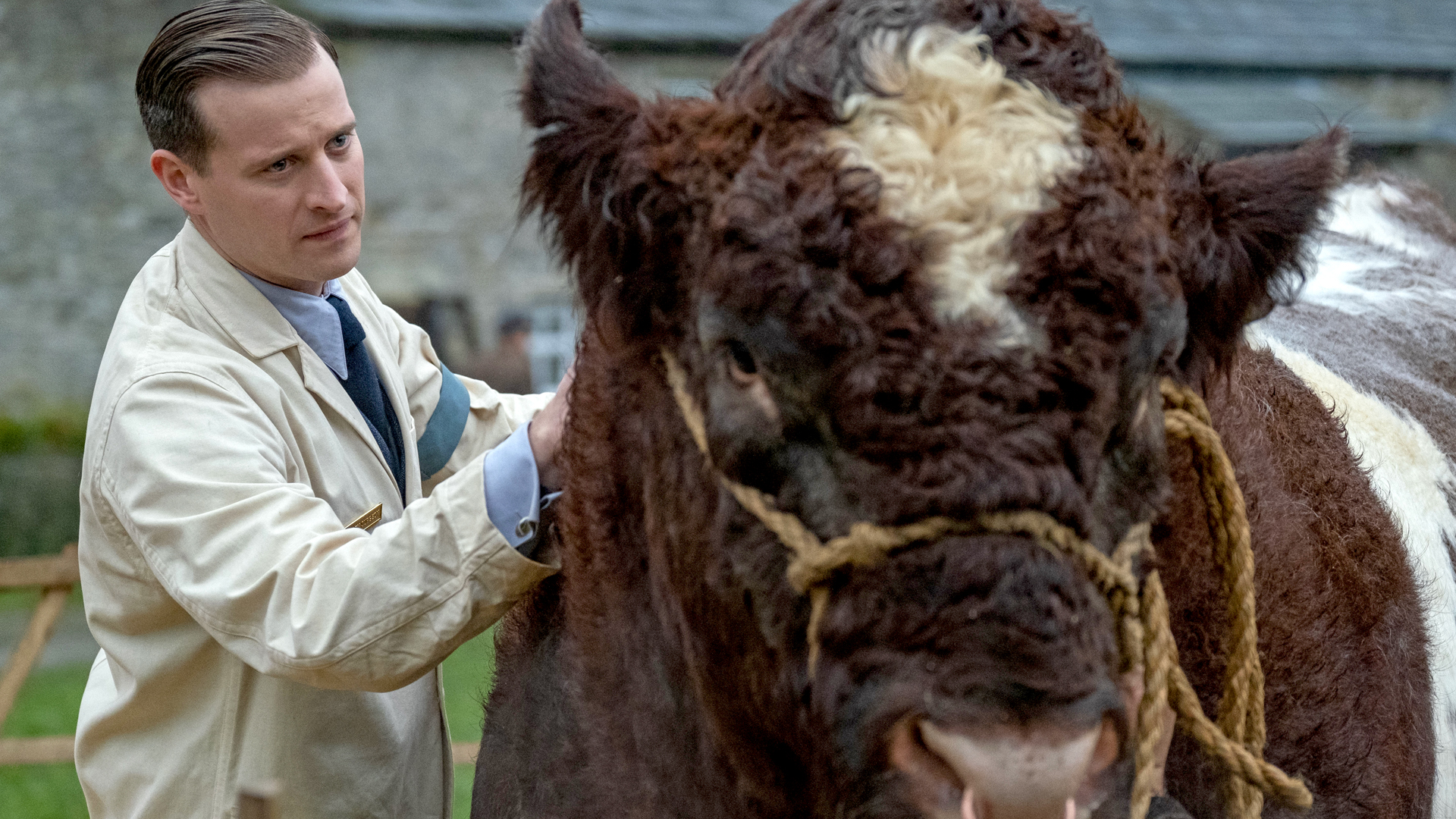 Note: This ALL CREATURES GREAT AND SMALL article contains references to the first two episodes, but does not contain major plot spoilers.

Masterpiece on PBS begins it’s 50th season with the US airing of All Creatures Great and Small, UK Channel 5’s  fresh take on the published memoirs of famous UK veterinarian James Herriott during the 1930’s. His work on the farms of Yorkshire capture rural life as well as advances in animal husbandry. Most of the current advertising for the series revolves around re-sparking the magic for Boomer and Gen X Masterpiece viewers who read the books and remember the original series from the 1970’s starring Doctor Who‘s Peter Davison. What about Millennial and Gen Z viewers who were born years after the original series ended? Can people who never read Herriot’s memoirs relate?

Let us present cottagecore, the internet’s term for the aesthetic and cultural movement  to embrace farming, pre-modern arts and crafts, sustainability, and home decor. In terms of aesthetic, the look and feel is all English countryside. In a previous interview for Den of Geek, Amanda Brennan, head of analytics for Tumblr, described how cottagecore emerged as the first major trend during the pandemic. “It kind of touched everything because it’s soothing, it feels comfortable,” Brennan said. “In March and April in the early days, when you didn’t know what to do, you’re stuck in a forest isolation. Cottagecore has got this vibe of chosen isolation. It was very fantasy-driven and something to reach out for.”

When it comes to mainstream TV, Herriott and the Farnon brothers are the very embodiment of traditional rural English life that so many of these influencers on Instagram are striving to recreate. While 1930’s Yorkshire has electricity and machines for the most backbreaking tasks, there’s no computers, cell phones, or other modern distractions. The cinematography of the series is specifically designed to highlight the rolling hills and valleys in Yorkshire in high definition. Cute cats, dogs, and farm animals are essential in creating this aesthetic even if some scenes are accidental thematic throwbacks to Call The Midwife.

The new series stars newcomer Nicholas Ralph as fresh-out-of-veterinary-college James Herriott. His trial by fire assistant position to a very cranky Siegfried Farnon (Samuel West from Mr. Selfridge) is relatable to anyone who has to struggle with transitioning from school where mistakes were managed to a career where errors come with real-life consequences. Farnon’s younger brother Tristan (Callum Woodhouse from The Durrells In Corfu) is still in school and has a much lazier approach to the practice of veterinary medicine.

While Ralph may be the star of the show, calves, pigs, chickens, and more are frequently the stars of any given scene. Although these farmers live in ways some environmentalists in the cottagecore movement may find objectionable as none so far are vegans, they also serve as examples of sustainability. A husband and wife manage how many eggs the chickens have, not machines. They eat the food they grow and sell the excess. Herriott and the Farnons believe in treating the animals as well as their owners.

Herriott’s memoirs as a straight white man seem antithetical to a trend driven by women and queer people, but some are already embracing the possibility of queer interpretations of characterization and compelling female characters. Mrs. Hall (Anna Madeley) is the housekeeper, vet clinic secretary and an unofficial advisor. Helen Alderson (Rachel Stenton) is introduced by wrangling a very grumpy bull and not as the daughter of a farmer close to retirement age. Some may call this pandering to modern feminist ideals, but this is actually historically accurate. Women performed many tasks in the farming economy and many had the dual role of raising animals and raising children.

For those dreaming about the billowing white tops they see on Pinterest mood boards, the costumes featured may seem incredibly boring in comparison. However, the abundance of tweed, riding boots, and knitted sweaters worn by the majority of the characters are winter style icons in their own right. These 1930’s fashions give the show a timeless feel.

Folk music is largely absent in All Creatures Great And Small, at least in the first two episodes. Taylor Swift’s 2020 album releases “Folklore” and “Evermore” become musical symbols of the cottagecore movement with their emphasis on American folk vocals and instrumentation. The soundtrack draws from 1930’s popular tunes as well as traditional orchestra sounds to fill in the world in between conversations, engines revving, and moos.

Episode 2 makes some swerves away from the cottagecore aesthetic, but these are justified to highlight the quirky clients in Herriott’s memoirs. One of the most iconic is Mrs. Pumphrey (Diana Rigg’s last role before she died last year) who is quite unlike the agricultural workers. Her family owned cotton mills and as a result lives in a smaller recreation of Highclere Castle from Downton Abbey. Her pekingese is incessantly doted on and she disguises her fondness for Herriott as Tricki Woo doting on “Uncle Herriott”. Mrs. Pumphrey is a reminder of the existence of the country squire more likely to be a main character in other interwar dramas. Herriott’s unease with her surroundings ensures that the show is grounded in middle and working class rural life.

One of the main critiques of the cottagecore movement is how the imagery of country life represents white settler imperialism and colonialism and often fails to acknowledge Black/People of color. All Creatures Great And Small so far only has one non-white character, George Pandhi (Kriss Doshanjh), and he blends in with the rest of the villagers. It is possible future episodes may have more characters of color or expand on Pandhi’s backstory. Episodes 1 and 2 frame “the other” in terms of Herriott’s Scottish accent and outsider status as he’s a newcomer to a tight-knit community. His memoirs feature accounts of Chinese and Jewish residents in rural Yorkshire but it is unknown if the show will add these into the series.