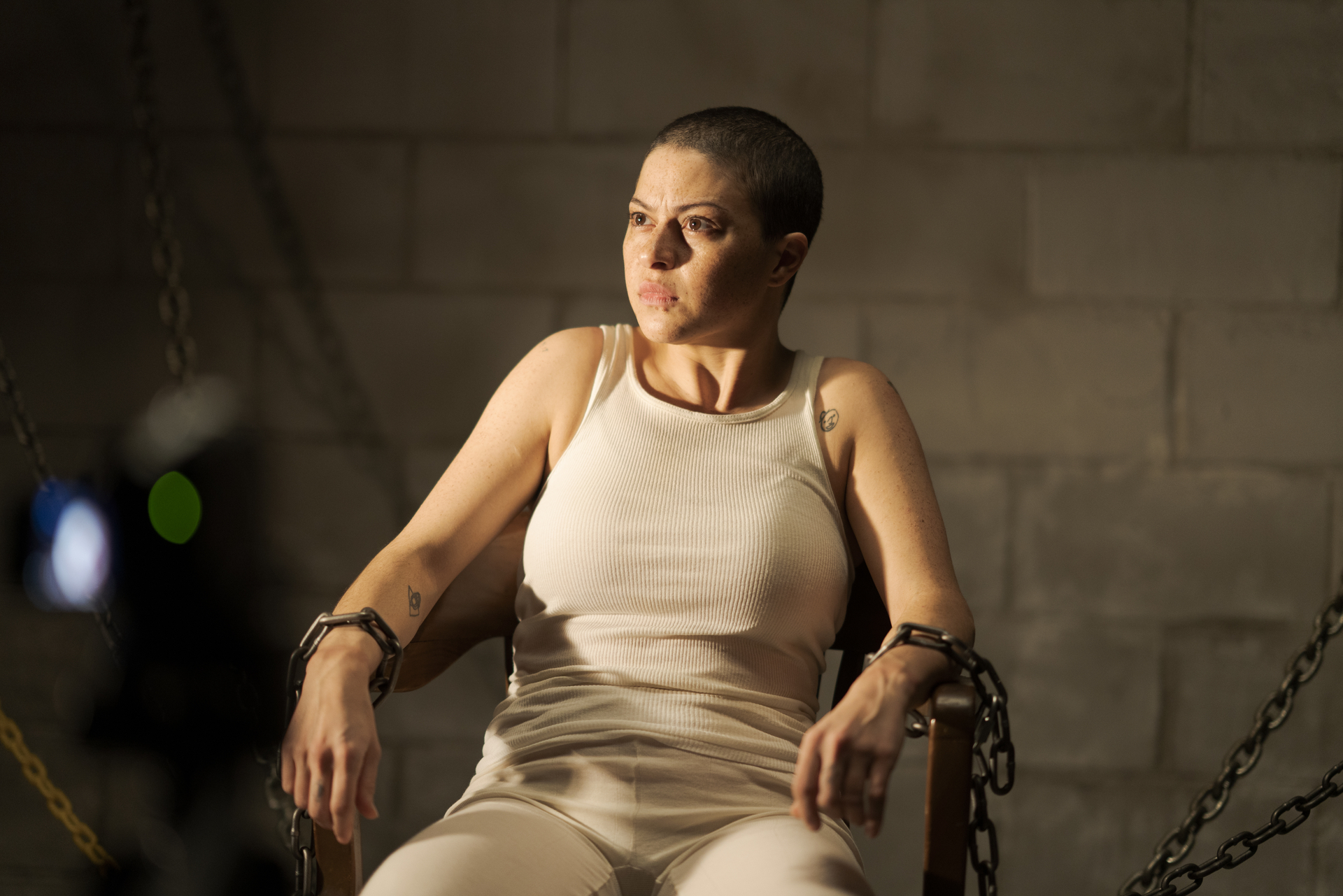 This review is based on all ten half-hour episodes of Search Party season 4 and contains no spoilers.

“But you told the truth, and the truth set you free…”

Search Party debuted as a dark and provocative mystery and, even though each season has subscribed to that model, the show has evolved and become radically different each year. It’s not unusual for plot-heavy series to play chicken with their narrative in this way, but Search Party triumphs through each step of the progressively dark path that Dory heads down.

Search Party season 3 actively had the audience question if Dory is even a good person and if she deserves freedom for the lives that she took. Dory’s subtle transformation (and Alia Shawkat’s phenomenal performance) and the tension that it creates in the audience are Search Party’s greatest magic tricks. Search Party season 4 once more reinvents itself, but with a cyclical nature that inherently brings everything back to the beginning.

Season four of Search Party, much like season one, revolves around a search party coming together to find a missing person. However, this time Dory is the one that’s missing and in need of rescue, rather than leading the charge. Dory felt metaphorically lost back in the show’s first season, but now her destructive actions and life have caught up with her and placed her in a literal prison in addition to the psychological one that’s haunted her for seasons. So far Dory has been able to avoid extreme fates like a jail sentence or her own death, but her current situation is somehow worse than either of these scenarios. It’s karmically cathartic to see Dory pay for her blinding narcissism and ballooning God complex, but the psychological torture and brainwashing that she endures pushes the character into territory that’s deeply surprising and satisfying. It makes Search Party’s fourth season its most ambitious and important year yet.

Dory is the priority in Search Party, but every season has shown her entire group of friends in various levels of flux where they’re left to question not only their friendship, but also themselves. Characters have had to confront who they truly are over the course of the first three seasons, but this year forces everyone into inauthentic roles that challenge them in deeper ways than ever before. Dory is trapped in an actual Stockholm syndrome hostage situation, but Portia, Elliott, and Drew suffer comparable identity crises where they must hide behind facades that begin to feel normal. The previous seasons have had everyone panicking over the future, but now there’s a new tension that’s formed from how these characters are lulled into a false sense of normalcy. They don’t even know that there’s a problem to solve.

Search Party is still a wickedly funny show that knows exactly when to shift from one extreme to another, but this season really ramps up the suspense as Dory finds herself in actual danger. There are moments this season—many of them—that are genuinely scary and Search Party allows itself to veer into horror territory more than ever before, but in a way that feels natural with the increasing nihilism that’s infected the black comedy. There’s psychotic behavior and disturbing set pieces in this season that people would be talking about for years if they happened in a David Fincher film.

A more suspenseful score as well as stylized lighting and camera angles all reflect this newfound intensity. There are also nods to A Clockwork Orange, Silence of the Lambs, and Psycho, which are all major influences on this season. Search Party does an excellent job with the pacing of this tense plot and how big certain moments become. There are a few instances where the story verges on implausibility, but it never ruins the illusion or insults the intelligence of the audience. It’s a very patient season.

If Search Party’s last season explored the danger around “cult of personality” figures and how true crime monsters can be deified, then this season examines the level of obsession that can grow out of the opposite party. Dory becomes a victim, but her past behavior unintentionally gives Cole Escola’s Chip (a.k.a. “The Twink”) vindication and helps him reach this unstable place. Before this season I would have said that it’s impossible to imagine Escola tap into the kind of energy that Kathy Bates channels in Misery, but they reach a terrifying place here. It’s a role that would be so easy to go over the top with or reduce to a caricature, but Escola makes sure that Chip remains unpredictable and frightening, yet also vulnerable in an unsettling way.

So much of this season comes down to Chip’s bond with Dory and this turns into a phenomenal showcase for Shawkat. She’s routinely done her best work in this show, but in this season she sets a new standard. Dory gets dragged through an avalanche of emotions while in Chip’s care and Shawkat rises to the occasion while she navigates through this nuanced role. There is so much that she needs to convey and the scenes between Chip and Dory grow more electric and uncomfortable as the season continues.

The rest of Search Party’s cast remains electric and their chemistry as a group is still one of this show’s strongest weapons. It’s deeply satisfying to just watch everyone bounce off of each other, but this season really analyzes their friendship, what it’s based on, and if it’s even real or just been manufactured out of convenience. Everyone’s individual storylines are hysterical, but Portia channels heavy Scream 3 vibes here when she’s cast in a true crime reenactment that forces her to live through her traumatic past, yet through a unique perspective. This season really looks at the limits or friendship and the lengths that friends will go for each other, even when it’s not necessarily healthy behavior.

Everyone’s antics this season also only confirm how Search Party is truly the perfect viewing for anyone in their early thirties. I’m still astounded by the clarity and authenticity that’s reached in the malaise and free floating fear of Dory and company as they attempt to figure out what they want out of life and determine where they belong. This season asks difficult questions and it’s just as much about the fragility of Gen Yers and Millennials as it is a comedy about a kidnapping.

Search Party proves that Dory entertains dark and bad impulses, but it also highlights how maybe that’s kind of normal. She’s exhibited serious doubts about herself and this season doesn’t just acknowledge this, but it argues that everyone is flawed and vulnerable to a comparable degree. Doesn’t receiving enjoyment out of Dory’s poor decisions as she digs herself deeper into this mess also reflect a similar level of malfunction? These new Search Party episodes painstakingly explore this difficult road to acceptance and recovery. This season tackles the pain that consumes people and searches for a way to live with it, accept it, and heal, rather than hide away in delusion.

Search Party’s previous season lands on the idea that Dory perhaps deserves the bad things that happen to her, but this season elegantly reframes that narrative and actually turns Dory into an empathetic victim. The character gets broken down and forced to search her soul in an ugly manner that’s typically not reserved for comedies. Search Party season 4 features these fantastic characters at their lowest lows. It’s challenging territory, but it showcases just how articulate this comedy is and it leads to many of the most dramatic and hilarious moments from the entire series. It’s possible that there will still be more Search Party to come, but these four seasons tell an exceptional and raw story.