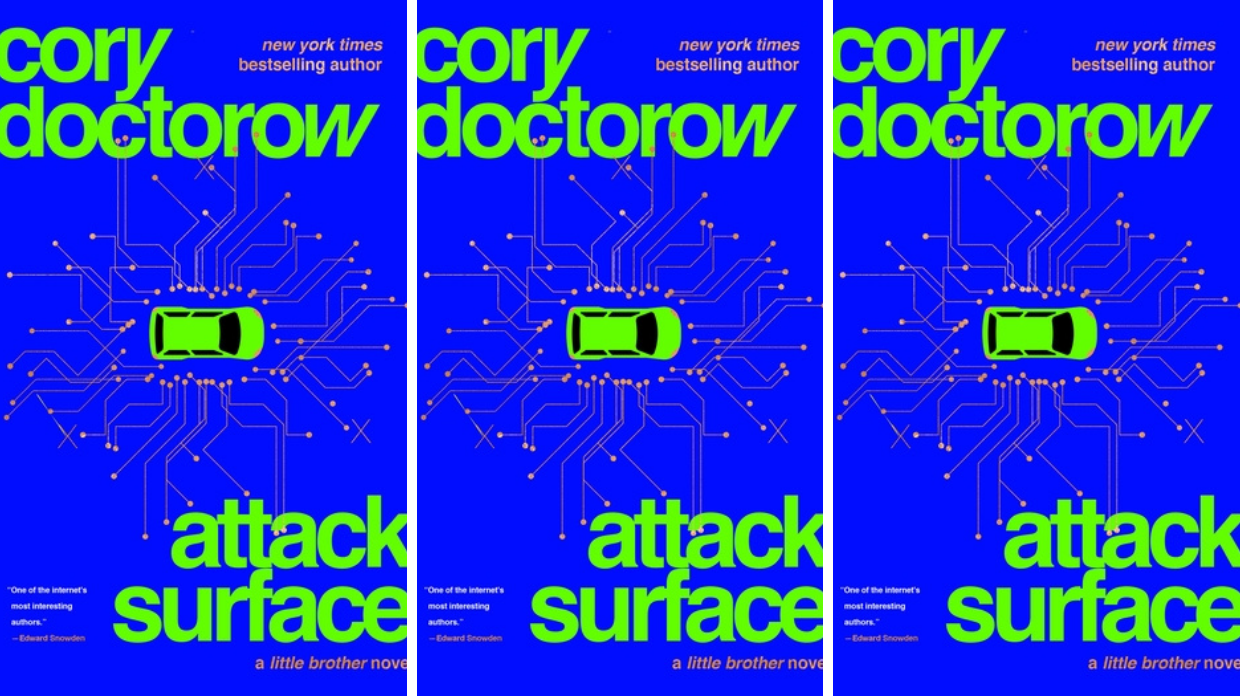 Den of Geek is hosting this giveaway in partnership with

When I talked to Cory Doctorow during TorCon back in June, the author spoke about speculative fiction as “a sort of diagnostic tool,” comparing storytelling to the scientific process a doctor goes through when using a nasal swab to diagnose an illness.

“When you want to solve something, you often simplify it,” said Doctorow, “like when the doctor sticks a swab up your nose, sticks it into a petri dish, and looks at it later. She’s not trying to build an accurate 1:1 scale model of your body, because it’s too complicated. She wants to build a little world in a jar in which one fact about your body is the whole world, whatever that gunk is that’s growing in your nasal tract.”

Click here to enter via our official giveaway page!

Doctorow continued: “Science fiction writers can reach into the world and pluck out a single piece of technology and build a world around it, not as an accurate model of the world, but of a usefully inaccurate model, a model that’s so streamlined that you can then take a little emotional fly-through of it to get a sense for what it might be like if things go on or if things are changed. And it gives us a vocabulary to think about change as it comes along, and it gives us a handy set of ideas to grab onto, like a toolkit for when change comes.”

When Doctorow published Little Brother, back in 2008, he gave us a world in a jar built around an analysis of post-9/11 policies that eroded civil liberties through the lens of technology and the surveillance state. In it, we follow San Francisco teen Marcus Yallow who, in the aftermath of a terrorist attack, must defend himself and his friends against Homeland Security’s attacks on the Bill of Rights. Marcus’ story continues in 2013’s Homeland, but the most recent book set in the Little Brother alternative history follows one of the “bad guys,” a woman named Masha Maximov who works for the establishment. Here’s the full synopsis…

Most days, Masha Maximow was sure she’d chosen the winning side.

In her day job as a counterterrorism wizard for an transnational cybersecurity firm, she made the hacks that allowed repressive regimes to spy on dissidents, and manipulate their every move. The perks were fantastic, and the pay was obscene.

Just for fun, and to piss off her masters, Masha sometimes used her mad skills to help those same troublemakers evade detection, if their cause was just. It was a dangerous game and a hell of a rush. But seriously self-destructive. And unsustainable.

When her targets were strangers in faraway police states, it was easy to compartmentalize, to ignore the collateral damage of murder, rape, and torture. But when it hits close to home, and the hacks and exploits she’s devised are directed at her friends and family–including boy wonder Marcus Yallow, her old crush and archrival, and his entourage of naïve idealists–Masha realizes she has to choose.

And whatever choice she makes, someone is going to get hurt.

We’re giving away five copies of Attack Surface, in honor of its recent release. Click on the link below to enter the giveaway.

Click here to enter via our official giveaway page!

The giveaway will be running until October 26th. Winners will be chosen on October 28th and notified via email. Unfortunately, the giveaway is only open to residents of the United States and Canada. Good luck!

If you’d like to buy your own copy of Attack Surface, it is available to purchase now wherever books are sold. You can find out more here. And you can check out my full TorCon conversation with Doctorow and Nnedi Okorafor below…