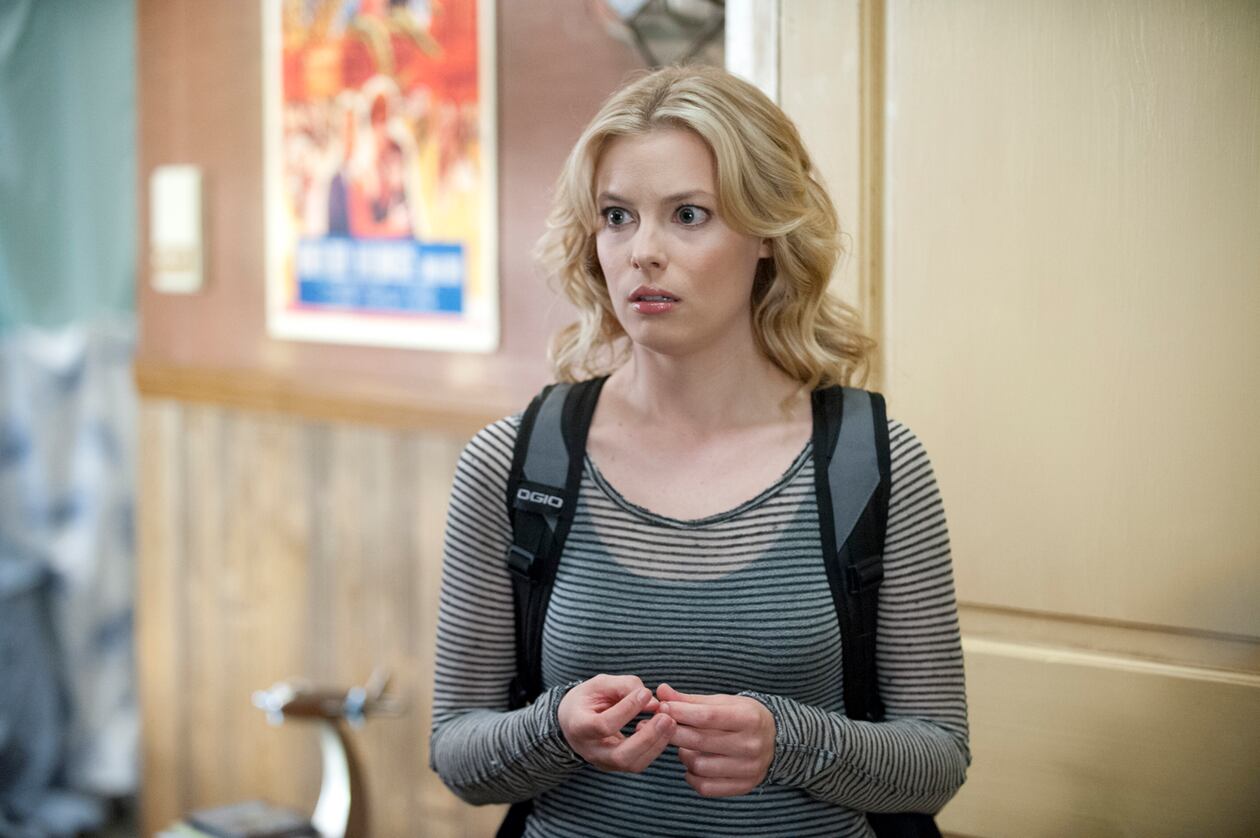 Sitcom characters very rarely come off of the page fully formed. Many classic (and not-so-classic) network sitcoms rely on time as an ally. Time spent with characters allows for not only an audience to get a better sense of them but also for the writers and actors to do so as well.

Community was no exception. Each of the ensemble cast’s seven main characters (and tertiary characters like Ben Chang and Dean Craig Pelton) arrived in the pilot fundamentally unfinished. And each of them evolved over time, in some cases sharpening creator Dan Harmon and the writing staff’s original assumptions or defying them. No character, however, changed more from conception to execution over time than Britta Perry as played by Gillian Jacobs.

Originally, Harmon designed Britta Perry simply as a romantic foil to series lead Jeff Winger. When Community first premiered in 2009, The Office was entering its sixth season and at the height of its popular appeal. In that context, perhaps bringing a sitcom to NBC without a “Jim and Pam” firmly in place felt unwise. The problem was that the “Jim” portion of that romantic duo, Jeff Winger, was richly realized (having been based on Harmon’s own experiences in community college and played by relentless charm factory Joel McHale), and the “Pam” portion, Britta Perry, was simply a Pam stand-in.

In the first half of Community’s first season, several attempts are made to humanize Britta. In one episode, the pressure she feels as an older student in community college leads her to cheat on an exam. In another, she begins to establish her feminist profile and interest in psychology by (perhaps accurately) observing that her male friends desire to fight class bullies comes from a place of pent-up homoerotic energy. For the most part, however, Britta and her storylines exist only to complement Jeff’s. By episode seven, Britta is suddenly a part of a Jeff Winger-Michelle Slater love triangle whether she realizes it or not.

Britta’s failure to properly evolve as a character in Community’s early episodes was significant enough that other characters on the show started to realize how…well, odd she was. In episode six, “Football, Feminism, and You,” Britta has a hard time connecting with her fellow female classmates, Annie (Allison Brie) and Shirley (Yvette Nicole Brown), because she views the time-honored tradition of visiting the bathroom as a group to be a sinister patriarchal conspiracy.

Earlier this year, Harmon revealed in an interview with EW that that plotline came directly from another writer on the show’s observation about just how much Britta sucked.

“When I said, ‘What about Britta,’ [writer-producer] Hilary Winston said, ‘I don’t like her,’” Harmon said. “Listening to Hilary talk about Britta, which started with like, ‘I wouldn’t trust her if I was a woman. I understand that she means well and that she’s saying the kinds of things that you’re supposed to say as a woman, but that’s what makes me not trust her. I need a confidante behind the scenes, because the truth is, I do want to talk about shoes sometimes and I feel like she might sell me out if I did that — and I wouldn’t go pee with her.’ Stuff like that starts to dimensionalize Britta right away.”

By this point the show’s characters, writing staff, and audience had realized that there was something unlikeable about Britta. This was due to the show’s thin conceptualization of her as a character to begin with. But as we said above, time is usually on a sitcom’s side. Community had many more episodes of its first season order to tackle the issue. What’s interesting about how Community figured Britta out is not how it “fixed her” but rather how it leaned into her existing flaws.

That anecdote about Hilary Winston not trusting Britta turned out to be a feature, not a bug for the character. A lot of Britta’s early traits – her political ideals, defiant attitude, and quick wit – were likely designed to make her appealing to both Jeff and the audience. In reality, they had the opposite effect. So the show just began to lean into those qualities as comedic fodder. Britta retained her same liberal political leanings but the show now highlighted how she had neither the courage or energy to follow through on them. She also quickly became known for accidentally ruining everything around her and snuffing out the joy from her friends’ lives.

In the season one episode “Physical Education,” Community finally provided the terminology for what would become the character’s recurring meme through six seasons of the show (and hopefully a movie). Britta is, quite simply: the worst. After discovering that Britta pronounces “bagels” as “baggels,” Ben Chang reflexively responds with “ugh, you’re the worst.” It’s a small moment to be sure, but one whose spirit Community would continue to capture with Britta time and time again.

Britta is just the worst. And that makes her one of Community’s best creations. There are few examples of TV shows taking lemons and turning them into lemonade more apt or admirable than Community’s treatment of Britta. The show deserves an enormous amount of credit for realizing that it was underutilizing a comedic concept in Britta and a comedic talent in Jacobs and reversing course by leaning in to that same course.

And let’s be clear here, Gillian Jacobs deserves an immense amount of credit for taking that opportunity and running with it. Though Jacobs may be one of the lesser-heralded talents to come out of Community, thanks mostly to the Russo Brothers ascent to Valhalla and Donald Glover’s ascent to the top of the universe, she is just as valuable as anyone else involved. Near the beginning of season 3, it becomes clear just how much Jacobs relishes Britta getting to be the worst. From episode three “Remedial Chaos Theory” through episode 15 “Origins of Vampire Mythology,” Britta and Jacobs are on absolute insufferable fire.

It’s in this stretch of episodes that Britta’s terribleness actually saves the day. The plot of “Regional Holiday Music” involves the evil Glee club director (played by Taran Killam) slowly brainwashing the study group into becoming Body Snatcher-esque glee club pod people. Britta succumbs in the end but when Abed encourages her to take the stage and sing what’s in her heart, the transcendent awfulness of her performance immediately snaps everyone out of their trance. That also leads to the classic line of Dean Pelton seeing the show’s program for the first time and whining “ah, Britta’s in this?”

In a way, “Regional Holiday Music” is a microcosm of Britta’s role on the show. Every character on Community has a part to play. Jeff is narcissistic, Annie is innocent, Shirley is devout, Troy and Abed are goobers, Dean Pelton (Jim Rash) and Ben Chang (Ken Jeong) are insane, and Pierce Hawthorne (Chevy Chase) is old. But the glue that ties together all of those disparate characters together is Britta Perry and her special ability to be the worst.

She truly is the AT&T of people. And God bless her for it.

Tim Burton Finally Gets to Tackle The Addams Family… for Television
The Walking Dead: World Beyond Episode 3 Review – The Tyger and the Lamb
Boy Meets World’s Slasher Episode Was Scarier Than it Had Any Right To Be
Marvel Super Heroes: What The–?! Wolverine Adamantium Collection
Best Horror TV Shows on Netflix