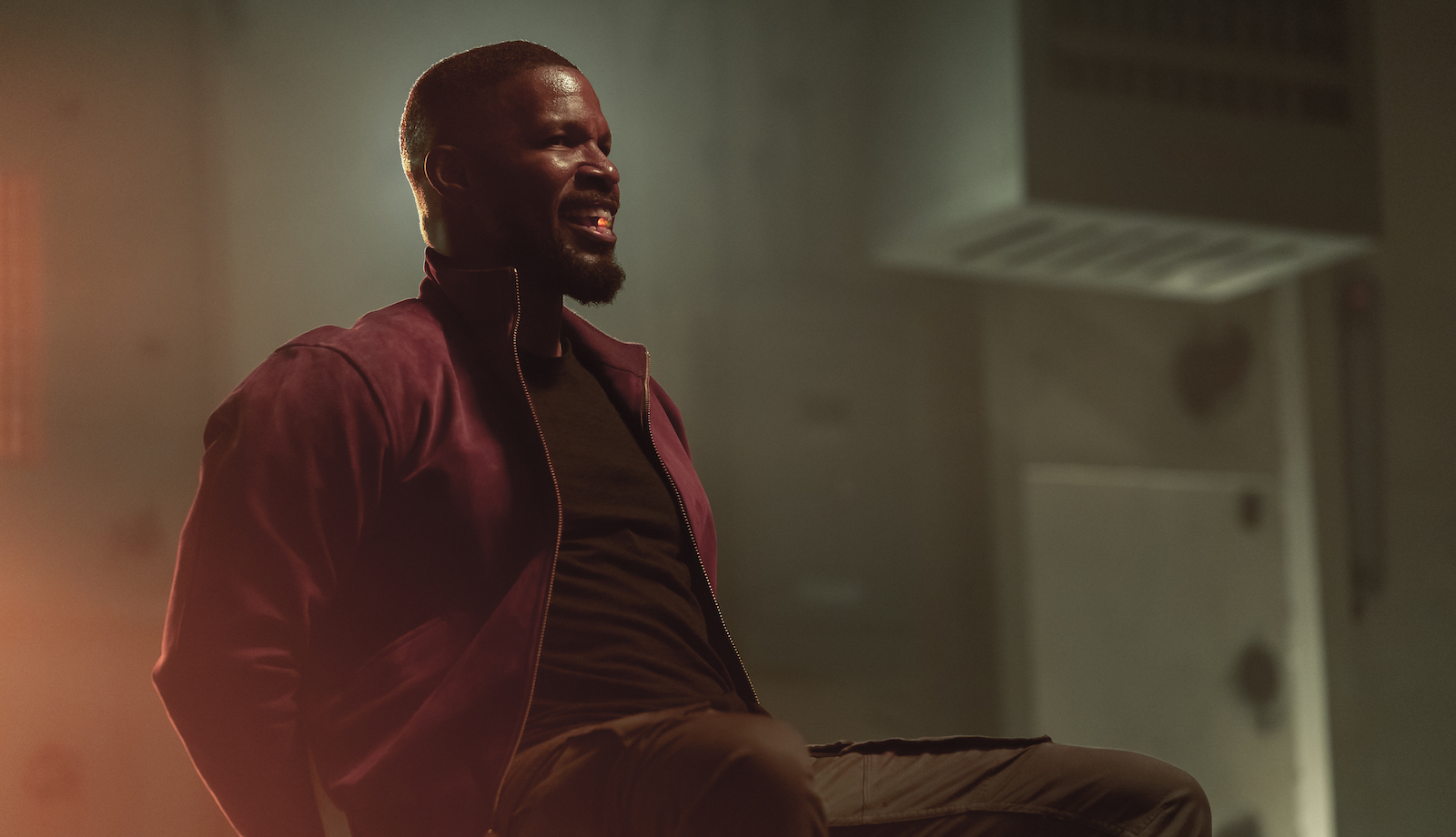 When Project Power premieres on Netflix on Friday, August 14, it will showcase not only the acting prowess of star actors Jamie Foxx and Joseph Gordon-Levitt in its story about a city uprooted by a new drug that gives anyone superpowers. It will also introduce viewers to the storytelling of Mattson Tomlin, who is poised to become the next big sci-fi action screenwriter with three upcoming comic book adaptations, including co-writing credit on 2021’s The Batman with director Matt Reeves. Tomlin spoke to us about this first film, which sprung from his own ideas about powers.

The most unique aspect of Project Power is that anyone can have superhuman abilities but only for five minutes at a time. “A big part of the original idea was exploring, ‘Would you take this pill?’ You don’t know what’s going to happen to you,” says Tomlin. “You could wind up with flying or being invincible but also wind up with — it kills you… It was the democratization of that and this idea that anybody can take this pill, and anybody can use it, and what they do with it is up to them. The film has this overarching metaphor of power. The pill is called Power, and then there’s lots of discussion throughout the movie of who has the actual thematic power here.”

The effects of the pill spring from biology and genetics, inspired by strange abilities from the animal kingdom that give, for example, a would-be bank robber invisibility as seen in the Project Power trailer. “We discovered these really cool sea creatures,” says Tomlin, “that can really, truly become completely invisible to the naked eye because they can take on the texture and the shape of whatever’s around them in this way that convinces you that Jim Cameron has gotten in there and WETA has made it, and you realize, ‘Wait, this stuff is real!’”

Project Power has three main protagonists, two of whom are played by A-list actors Foxx and Gordon-Levitt, who will undoubtedly bring in a large audience for the action film. “It’s a murderer’s row of just awesome actors!” Tomlin says. “Seeing the two of them in this movie together — I was writing with kind of them in mind. You never want to write too much with actors in mind because you get your heart broken, but certainly Jamie was in my heart. And then I remember seeing the camera test when they were finally in their wardrobe and makeup and going, ‘Oh, there they are!’”

Gordon-Levitt plays Frank, a cop who must sometimes break rank in order to do the right thing. “He is a police officer for the New Orleans Police Department, and in some ways he’s kind of what we want cops to be, the best version of them, which is somebody who’s very concerned for their city and sees injustice going on and wants to do something about it,” Tomlin explains. “But he also does bad stuff in the movie; he is a Power user. He takes the pill, and he does that in service of what his mission is, but that’s also fully breaking what a cop is supposed to do.”

Foxx plays Art, a mysterious man with a military background who is searching for the source of Power for reasons of his own. “He just has a very haunted backstory, and the reason that he is on this mission is full of surprises: the history about it,” teases Tomlin. “His situational awareness is so high, there are some sequences where it just really seems like he’s in a bind, and he does something and just figures something out with just whatever is in reach of him that just really makes you go, ‘Oh, I can’t wait to see what he’s going to do next.’”

Dominique Fishback, however, is the real star of Project Power as Robin, whose personal struggles take center stage even as she insists on helping Art and Frank in their mission. “That character was the start of the movie,” says Tomlin. “When I first started writing the script, it wasn’t the military guy, and it wasn’t the cop. It was this girl… There were alarmingly few big, fun action movies that had a young black woman at the center of them. It’s almost non-existent, and I felt like that has to change… I wanted to see this world through her eyes and go on this journey with her, and her power reveals itself in interesting and unexpected ways.”

The antagonists of Project Power are those behind the scenes of the drug’s development, and the true motivations for the five-minute superhero will surprise and delight viewers as they follow the heroic trio to the story’s ultimate conclusion. Tomlin’s continuing work includes the aforementioned The Batman as well as an upcoming sci-fi romance called Little Fish, a pilot for a television adaptation of the Dark Horse comic Fear Agent, and a writing deal alongside Henry Joost and Ariel Schulman for the Mega Man live action film. Project Power premieres on Netflix on August 14, 2020.