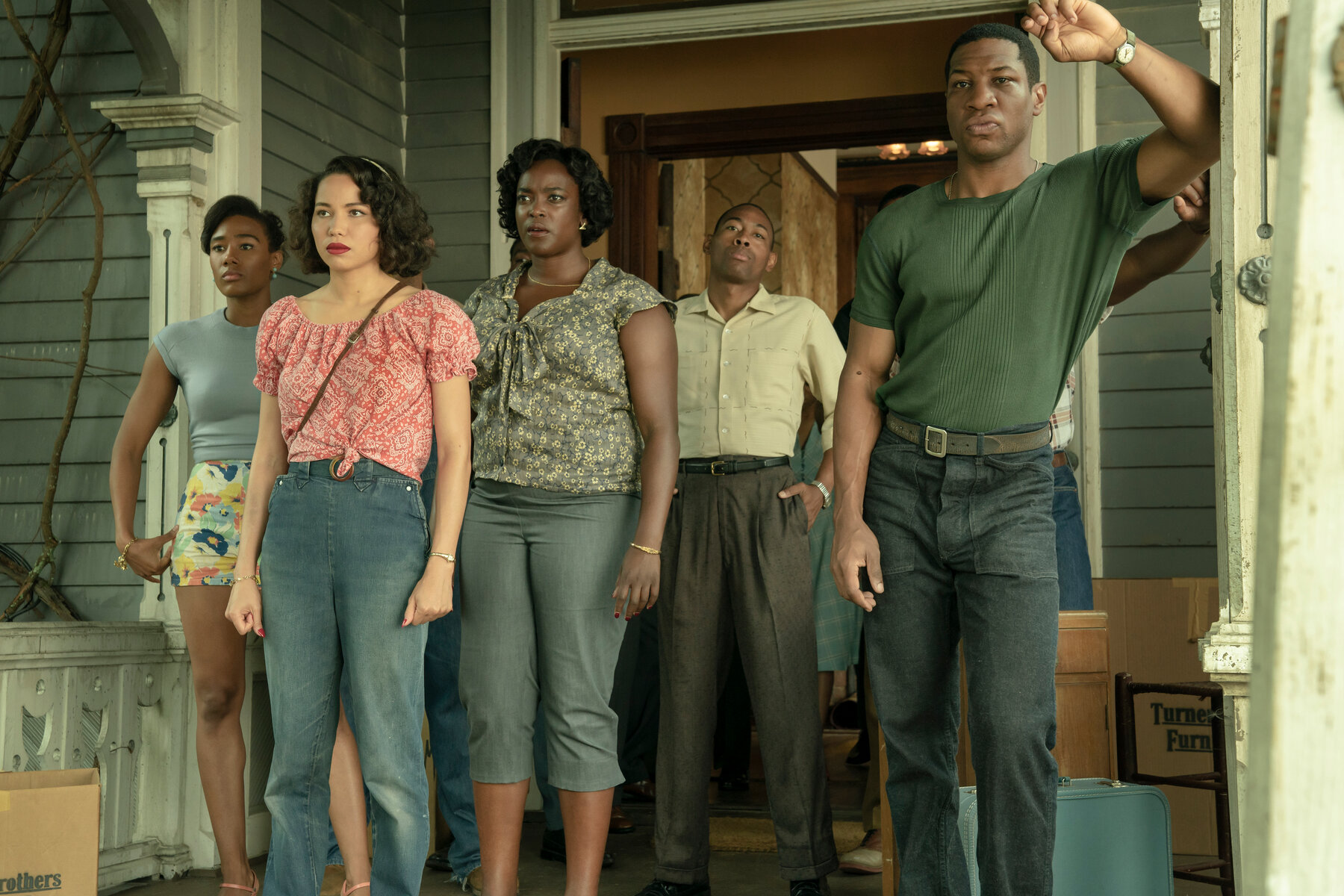 Imagine yourself and some friends traveling on a road miles outside of a major city, passing fields of green, the car cutting a line between the blue sky and the gray asphalt. There are few other cars around and you are some distance away from the nearest town that you’re sure is a safe place to rest. The sun is slowly descending on the horizon, and the trees that lined the road are suddenly looming and ominous.

Now a monster has caught your scent. You speed down the road, careful not to spook your pursuer, and just barely make it to safety. Or so you think. The horror has only just begun.

Based on the book of the same name by author Matt Ruff,  Lovecraft Country is a gripping period horror set against the backdrop of the Jim Crow south. Atticus Freeman (Jonathan Majors), Tic to friends, is a Korean War vet who returns to his home in Chicago, following the disappearance of his estranged father, Montrose (Michael Kenneth Williams). With only a location, Ardham, in an area he calls “Lovecraft Country”—the New England region where most of Lovecraft’s work is set—Tic sets off with his Uncle George (Courtney B. Vance) and childhood friend Letitia Lewis, Leti (Jurnee Smollett), to find his father. What begins as a normal trip through the American south, rife with its own dangers, turns into a fight for survival from monsters of multiple natures. The trio, no strangers to fantasy and science fiction, find themselves in a horror story—except, for them, it’s real life.

Incorporating elements of fantasy, science fiction, magic, and religion, Lovecraft Country delivers an enthralling tale about legacy, fear, and power. Often in fiction, being a magical Other —an alien, mutant, witch, etc—is analogous to being Black, but anti-Blackness is rarely explored as a function unto itself. In this diegesis, racism is a horror that exists independently of, but parallel to the dark and fantastical. Monsters aren’t just metaphors, they exist and take many forms. Some wear badges, others have tentacles, but one does not negate or stand-in for the other. In Lovecraft Country racism is not allegorical.

Deliciously dark and wonderfully twisted, Lovecraft Country is a smorgasbord of horror tropes. Each episode progresses the overarching narrative while still offering a monster-of-the-week-type feel. This allows for different horror mechanics to be put into play, which keeps the audience from ever being able to expect what’s next, let alone prepare for it.

Each scare is played to great effect. Directors masterfully create an undercurrent of discomfort for the audience, a palpable tension crafted with fantastic aesthetic and audio design, that carries throughout every episode. This is perhaps the closest a show comes to synthesizing what it feels like to be constantly vigilant and hyper aware as a Black person moving through everyday life. That fraught tone is regularly rewarded with satisfying scenes of genuine horror, which deepen the feelings of unease.

What keeps the series grounded amidst the monsters and magic are incredible, layered performances by a stellar cast. Every character is imbued with a strength and vulnerability unique to them, and the actors bring those dichotomies to life with authenticity and nuance.

Tic is book and street smart, and physically strong, but maybe not adept at managing his emotions, something he seems to have gotten from his pops. Montrose is volatile, and lashes out at those around him, a remnant of the treatment he received from his father. Uncle George is perhaps the most settled: a family man, a good man, content with life but maybe a bit unsatisfied. Tic, Montrose, and George present three different versions of Black masculinity. Majors, Williams, and Vance bring a softness to their portrayals, creating characters that challenge assumptions.

Similarly, the women on this show challenge assumptions of femininity. They are neither passive nor witless. Leti may blow through her sibling’s lives like a tornado, destroying everything she touches, but she is a force to be reckoned with. She holds her own alongside her travelling companions. In distress but never a damsel, she saves them all on more than one occasion. Jurnee Smollet shows the fuck out, and is fascinating to watch. Equally commanding is Letitia’s sister Ruby (Wunmi Mosaku), a woman determined to break through the limitations set for her by a racist and sexist society.

Christina Braithwhite (Abbey Lee), like Ruby, aspires to power she’s been traditionally excluded from because she is a woman. She has Whiteness and wealth on her side, but her struggle to make headway into a structure that rebukes her inclusion, makes her relatable even as she uses her privileges to antagonize. Hippolyta (Aunjanue Ellis) wants to travel the country and write of her own experiences in the Negro Motorist Guidebook she and her husband publish.

The women and men on this show are erudite. In Lovecraft Country, intelligence isn’t treated like a rare skill that sets our Black protagonists apart, but rather the default, a foundation which everything else is built atop. The story works because everybody involved has the ability to understand it, and no time is spent making sure they—and we—“get” it. The characters, and the audience, are trusted with the material, and expected to follow. That makes for an exhilarating viewing experience.

I could tell you what to expect from Lovecraft Country and you still wouldn’t be prepared. It is that wild, and it is that good.